Want a free strategy session with one of our travel coaches?

In your free session, you can:
Schedule a free call
*due to the limited number of hours we can donate to free coaching per day - please limit free strategy sessions to one per quarter

Meet our team: Getting to know your support team

Every member of our support staff was hand-selected to join the JGOOT team because they are avid travelers despite having busy schedules, careers, partners, and families - just like everyone else.
With the exception of Joel (our founder) and Brooke (our director of support) - none of our team members are travel agents, work in the airline/hotel industry, or get paid to travel.
They all pay for their own travels just like everyone else. They are just far more efficient at it.
Now, rather than having most of their friends & family members eyes glaze over when they share how they could travel like them... JGOOT Lounge allows our experts to share their passion with serious travelers who will actually put that information to use. 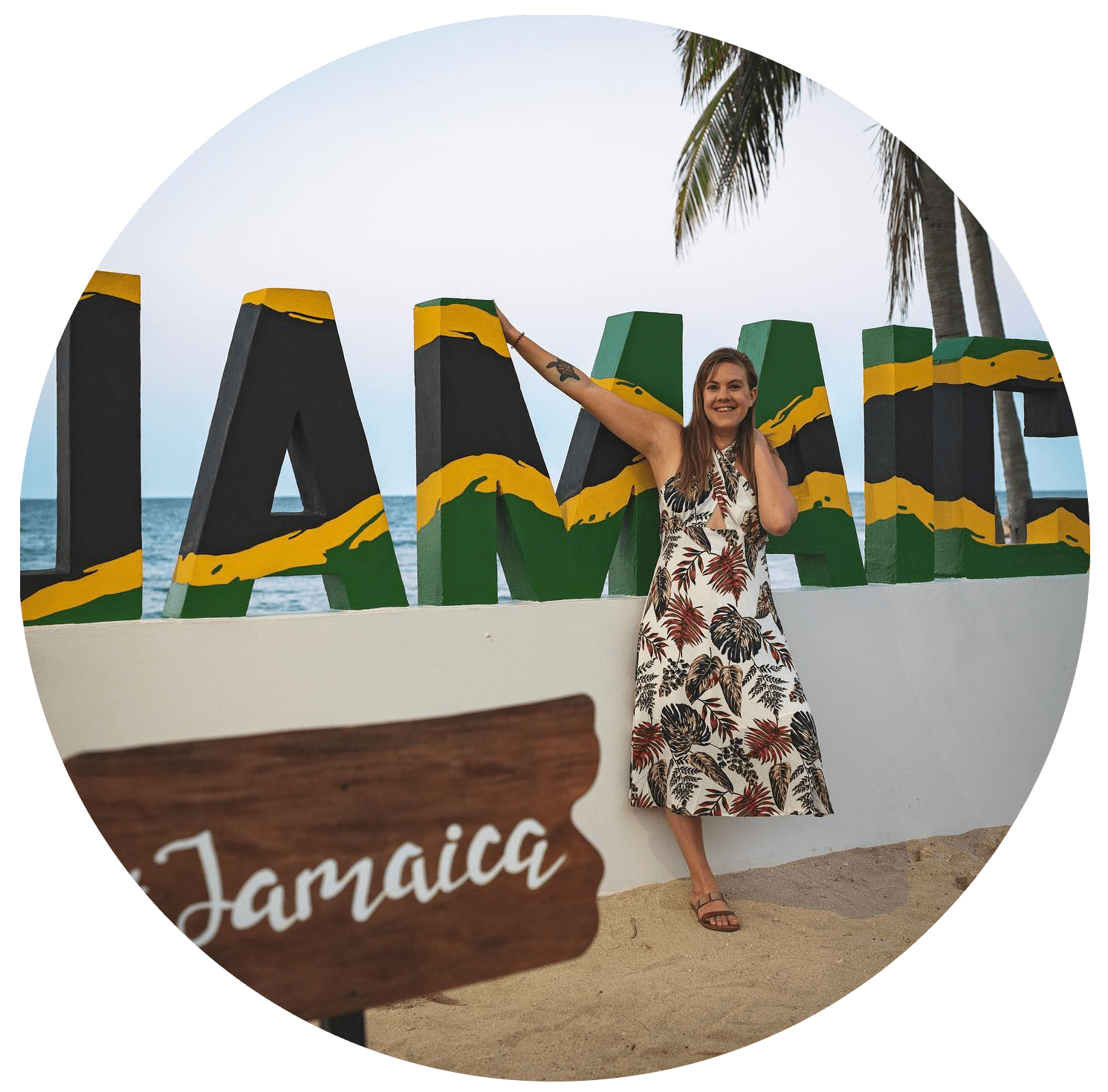 Stephanie hails from Nashville Tennessee and when not traveling she works for Uber corporate as a policy analyst. In addition to teaching all of her friends to travel more - Stephanie is passionate about live music, kayaking, and craft breweries.
Stephanie spends most of her time inside JGOOT lounge as our resident Companion Pass expert, onboarding specialist, and go-to person for all questions revolving around beginning modules of JGOOT Lounge.

She also serves as an advisor for clients whose needs exceed what we have to offer in JGOOT Village, and helps them decide on the best paid options to fit their travel needs.

Originally from Bulgaria, Dr. Stanimira McKnight (Mira) now splits her time between New York City, where she is the CEO of a sleep clinic, and her husband Jeff at their home in the Catskills.

As soon as Bulgaria gained its independence from the USSR and travel bans were lifted, Mira began to travel anywhere and everywhere she could. From her humble beginnings of hostels and trains, to learning to use The JGOOT Way to feed her travel addiction, she continues to inspire all of us with her interminable optimism and fierce love of travel. 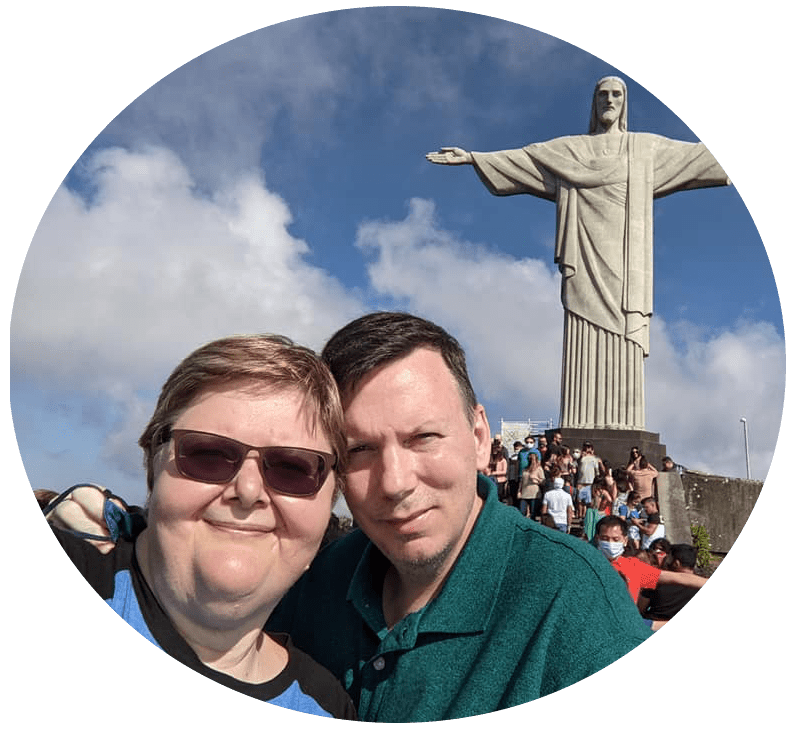 When Mira is not working or traveling…. wait who are we kidding? If Mira has a spare moment she’s traveling. But on the days that she’s home she enjoys gardening and hanging out with her Sphynx cat and her husband Jeff. Mira is fluent in English, Russian, and Bulgarian.
What's in your wallet?
Because the cards in your wallet can mean the difference between a few hundred dollars in free travel per year, and tens of thousands of dollars - Mira is our card-selection expert.
Mira started as a client, and since she booked nearly $100,000 worth of free travel within the first year of applying the strategies we teach - we asked her to become become a travel coach.

Mira personally helps our clients  pick the right cards for their specific travel needs, and she LOVES helping our clients turn big expenses into even bigger free vacations. (With the right strategy - a $10,000 wedding expense or home project can easily fund a luxury vacation worth $5,000 to $15,000.) 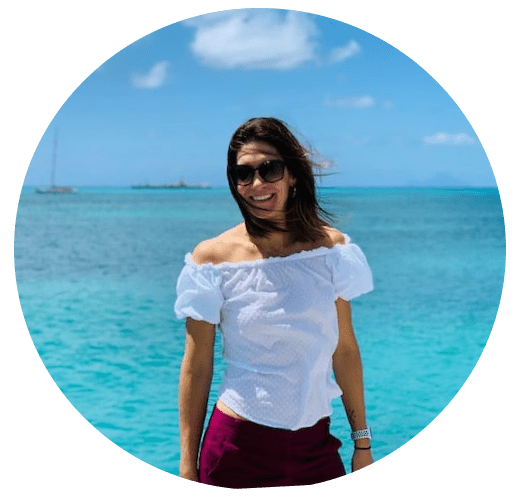 Kira Pritzl is our organic points-earning expert.
Kira and her husband Mike live in Tucson, Arizona. Kira owns a landscaping company as well as a real estate development company. Kira’s husband is a physical therapist, who at 6’5” is always grateful when his wife plans business class travel for him. When not traveling Kira enjoys running and fitness and is currently training for a triathlon. She also loves backpacking, scuba diving, and being in the great outdoors.
She and her husband are able, through their savvy skills and expertise, to earn a luxurious trip to somewhere fabulous every year just using points.
No out-of-the-ordinary household expenses.
No need for sign up bonuses or new credit cards.
No juggling of dozens of credit cards.
Just the fine-art of earning multipliers.

Katie Mendonça is our Rule #1 expert (finding unbelievable cash-deals whenever you don't have points).
If there is a deal to be found, Katie can find it! If you have questions about how to find those 60% to 90% off screaming deals - chances are Katie knows the answer or can point you in the right direction.

Katie is also an expert at positioning flights as well as National Parks. Katie’s husband is originally from Brazil, and in addition to traveling to Brazil every year; they get their family out of town at least monthly.

When not traveling, Katie is busy raising her two teenage children in Dallas, Texas while also teaching nursing and working in labor and delivery. She recently graduated with her master’s degree in nursing and has added the classroom to her repertoire, molding the next generation of capable nurses. Katie is fluent in English, French, and Portuguese.

Katie is also one of our free travel coaches and helps JGOOT Villagers find the best resources that will help them most with their next trip. 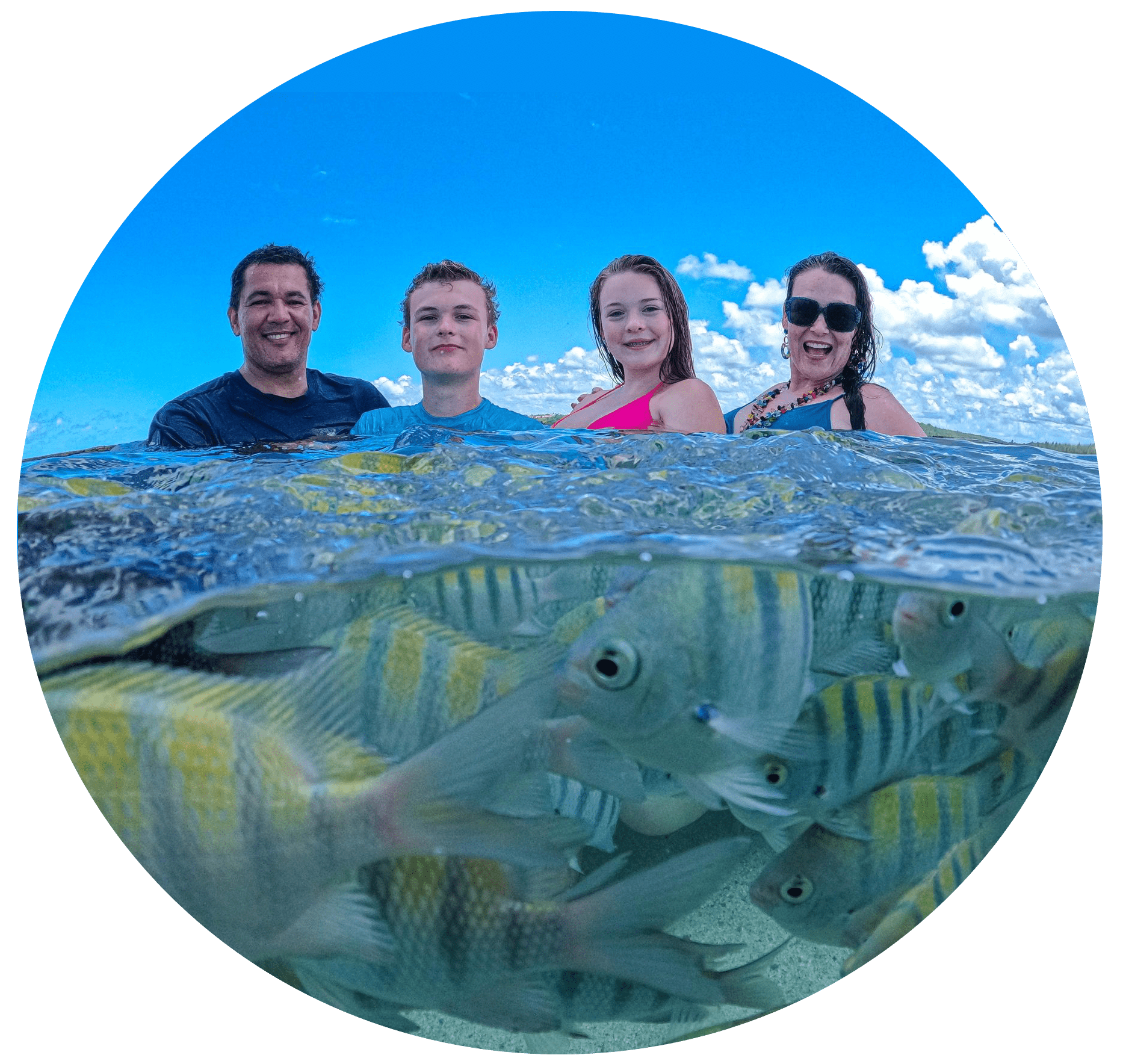 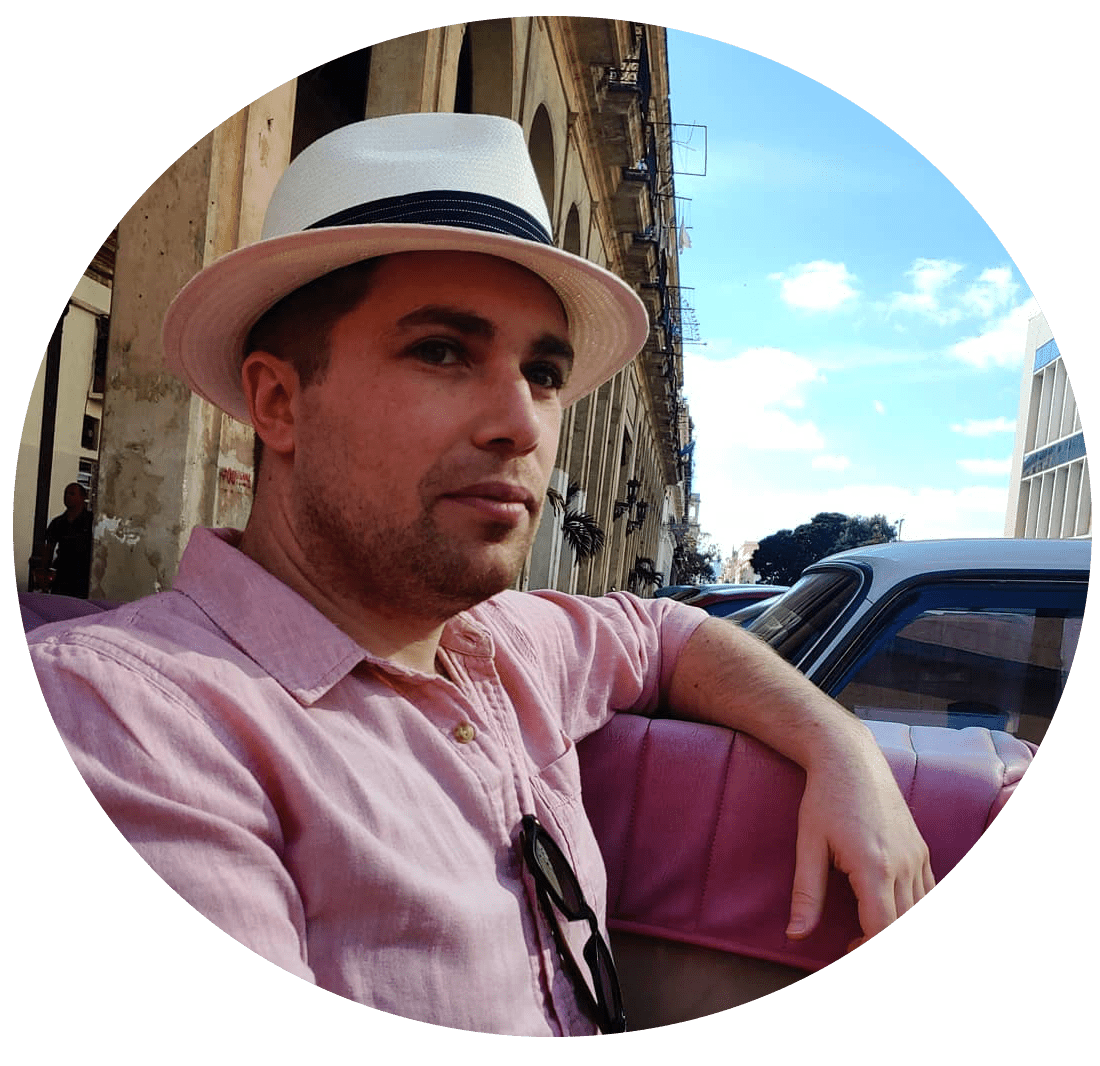 Tom first fell in love with aviation when he was 11 years old and traveled on a Boeing 747. It was during the World Cup of 1994 and he was on his way to Orlando to visit SeaWorld. He peeked through to the first class cabin on his flight to see the Irish National Soccer team flying in first class, and knew, even at his young age, that first class was the only way he wanted to travel. After that flying experience he never looked back.
Tom's knowledge about aircraft and airlines is unparalleled. He has spent most of his life mastering the art of traveling well including credit cards, hotels, points, and airlines. I asked him once if there was an airline he hadn't flown, and the answer was no (well not that he knows of anyway). He has traveled in some of the most exclusive airline suites in the industry.
In addition to being an aviation expert, Tom is particularly knowledgeable in several other areas including but not limited to: American Express, hotel status, Las Vegas, and transferring points to make the best use of them. His wife is from Thailand and as such he has traveled there many times to visit her family. His knowledge of that part of the world is enormous.
Tom calls Boston home where he lives with his wife, his cat, and his incredibly overgrown orchid. His work in cybersecurity has taken him to every corner of the globe. When not traveling Tom enjoys live music and is the drummer in a band. He is passionate about aviation, coffee, and history.

At the young age of 26 - Andy mastered the art of traveling in luxury for free. Whether it’s a first-class airline suite, a 5-star luxury resort with private butler service, or a once-in-a-lifetime experience typically only reserved for the ultra-wealthy - Andy has done it with style, and for fractions of what most people pay for a flight in coach on a budget airline.
His mastery of points is unparalleled in the industry and you can watch any of his webinars to get a sense of the depth and breadth of his knowledge. In addition, Andy has extensive knowledge of Hyatt and has been a Globalist (Highest status possible) for several years.
Andy hails from Houston, Texas where he runs his ecommerce empire. He enjoys traveling the globe to race cars, eat at the finest restaurants, and play chess in amazing destinations around the world with his girlfriend A.J. 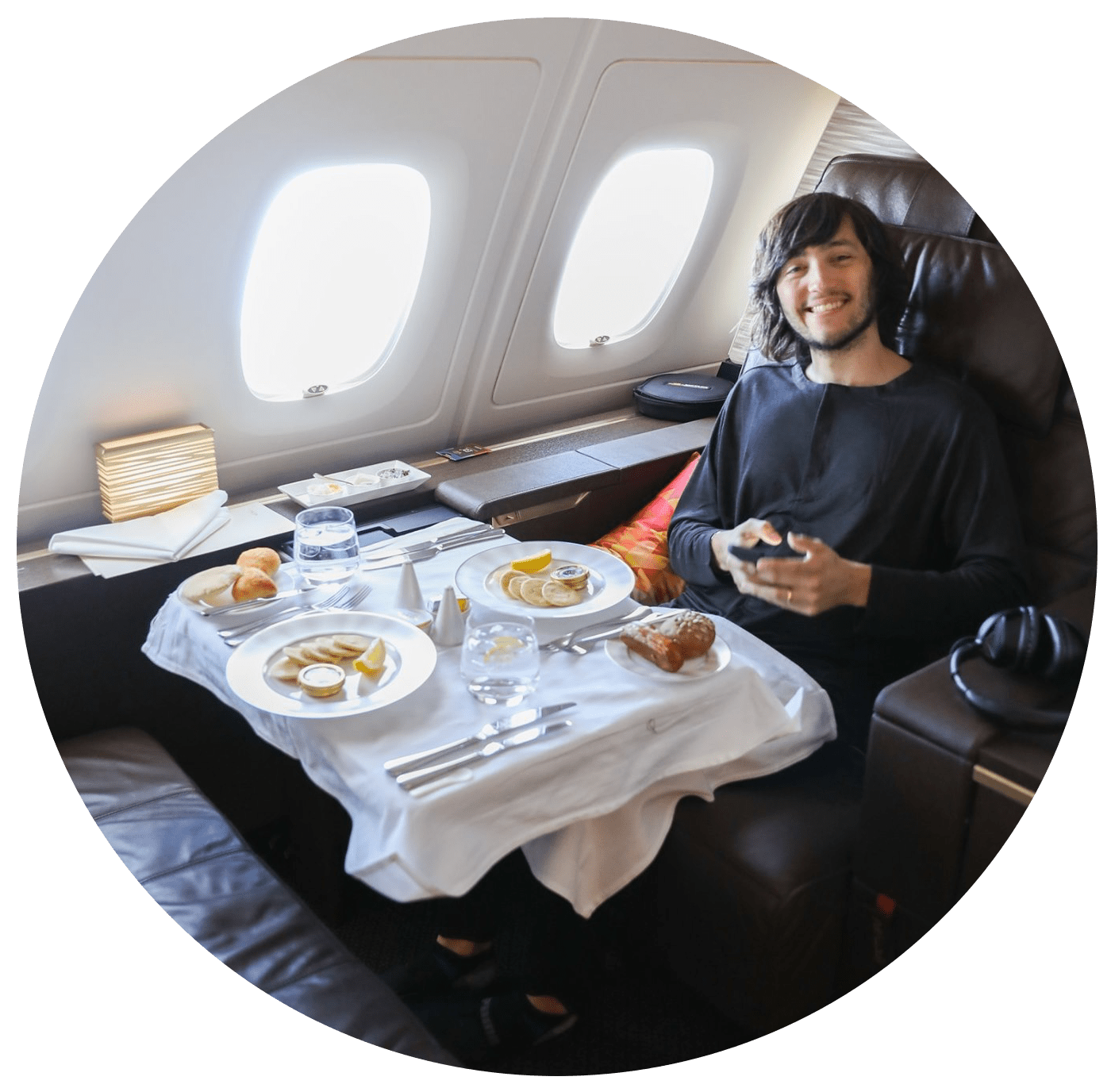 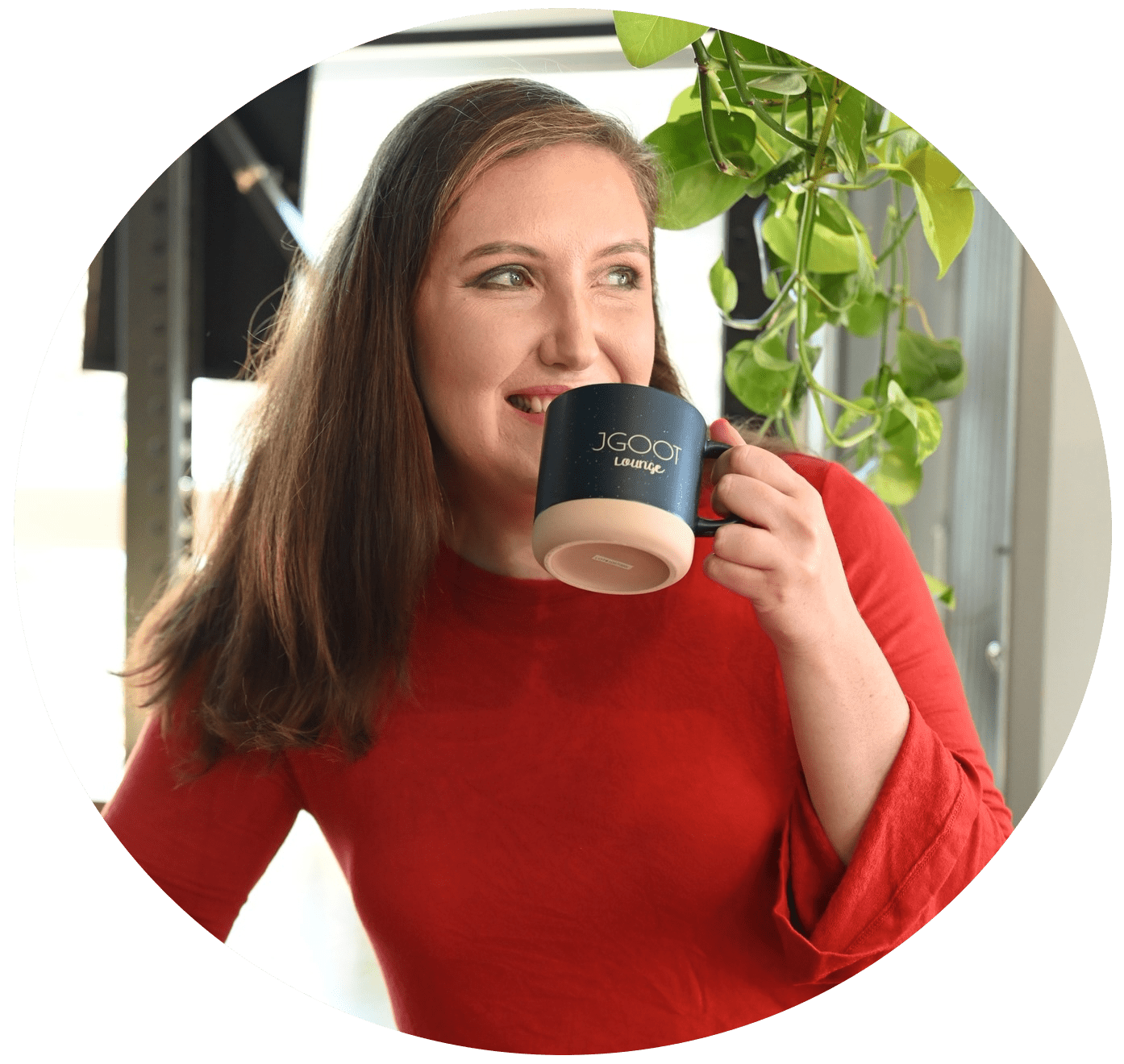 Brooke was one of JGOOT's earliest customers back in 2017.

Before JGOOT, Brooke her husband, and her two boys took two, maybe three trips per year (mostly to visit family).

Within the first 18 months of joining JGOOT, they had taken 10 trips for the same cost as what they used to spend on 3, and when Joel announced he was looking for help - she jumped at the chance!

As a former kindergarten teacher - Brooke brings her caring & nurturing spirit to make sure that every single customer (whether in JGOOT Lounge, or JGOOT Village) gets everything they need.

Melany started as a client with JGOOT and within the first year - took four vacations for less than a single trip the year before.

Since joining JGOOT, Melany and her family have gone to Puerto Rico, Mexico, Hawaii, various trips around the US, and most recently - Dubai for the World Expo.
Like so many others on our team - Melany's full-time job is not travel-related, but demonstrates by example that anyone with a desire to travel can do so.

When she's not working as a commercial lender, taking her family on amazing and educational vacations, or spending time at the beach - Melany loves helping families to find the best options for their travel needs. 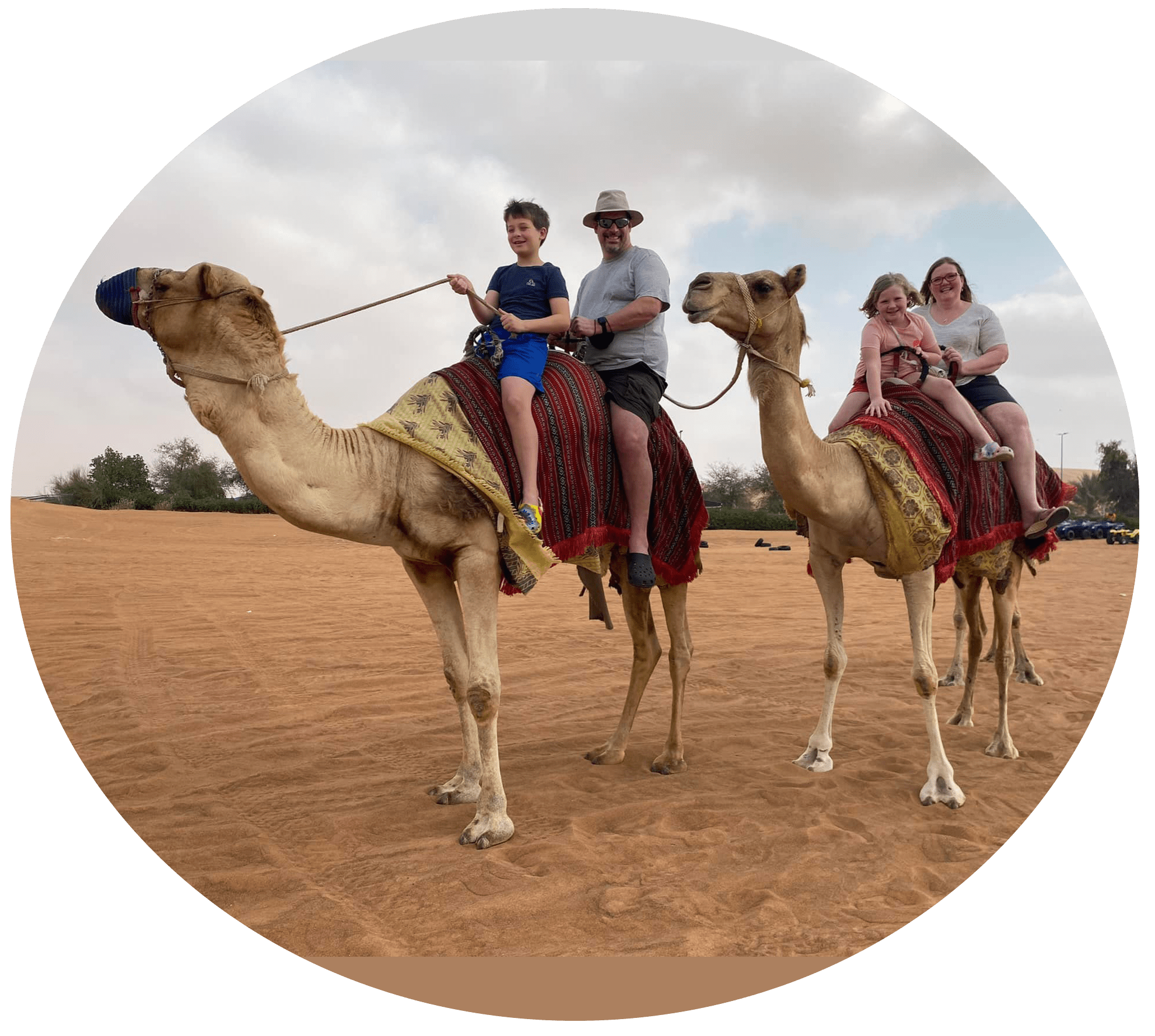 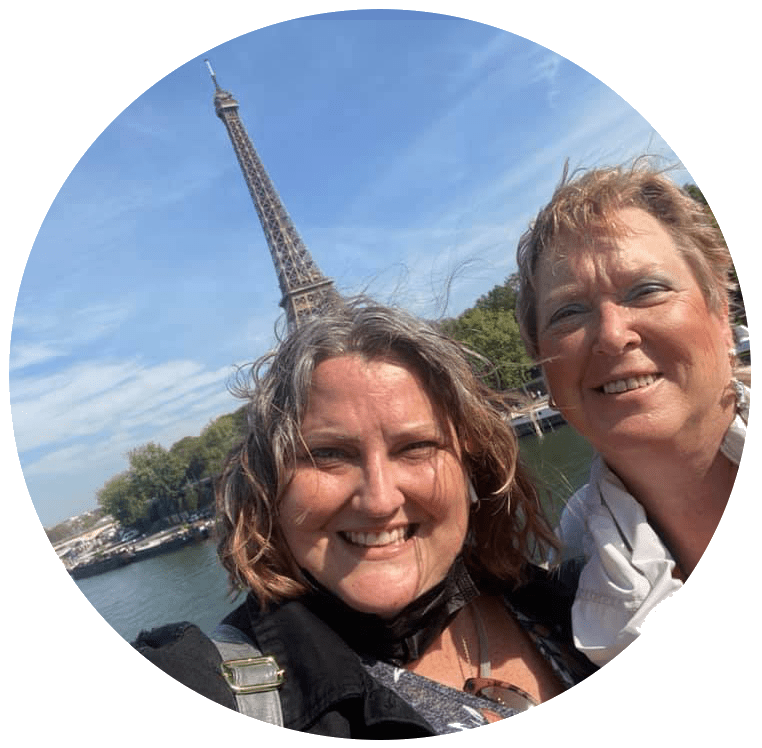 Jessica owns and runs a hair salon in St Louis and is another travel convert who, before JGOOT, took the typical 2 vacations a year plus a road-trip here and there.
After 6 months in the Lounge, she and her husband Casey were so hooked on traveling The JGOOT Way - they started taking family on trips as well (including taking her Mom on a girl's trip to Paris including treating her to a a $1000 per night luxury hotel that she paid zero dollars for.)
She was so helpful and passionate about sharing tips and tricks inside our paid coaching group - when she mentioned that if she could figure out how to work while on vacation - we immediately asked her to join our staff as one of our paid travel advisors.

About Our Founder - Joel 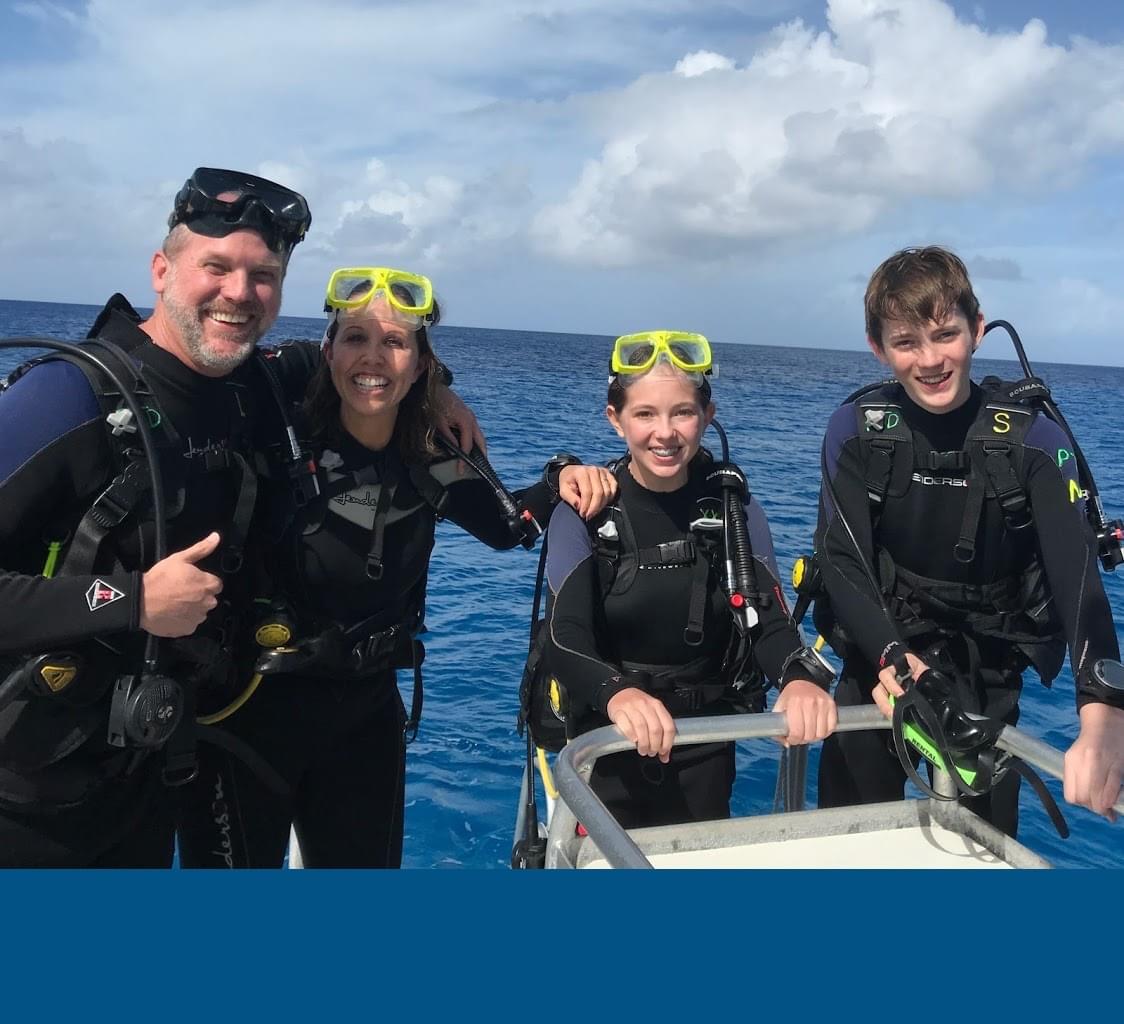 While going through a costly divorce involving lawyers monitoring every expense, there was one thing Joel refused to cut out of the budget: Visiting friends & family around the country, and vacations during their school breaks.

With such limited disposable income - Joel had to figure out how to travel affordably. Before long - the three of them were traveling more on Joel's single income than when they were a double-income family. Not long after - Joel started a blog teaching others to do the same.
After re-marrying years later and the kids becoming teenagers - Joel & the kids' days of budget-travel were over.  He hired consultants to teach him about the the much-more-complex world of luxury travel and with what he learned - he swore off flying internationally in coach ever again.
Joel decided blogging about how to travel in luxury wasn't helpful enough so in January of 2021 - JGOOT Village and JGOOT Lounge were born.
In his spare time - Joel loves smoking meat (especially brisket), photography, finding live music he & his wife can two-step to, SCUBA diving with his family, and of course - introducing anyone who will listen to him to the world of traveling bigger and better - regardless of budget.
Copyright © 2022 Just Get Out Of Town, LLC.  All Rights Reserved.